I have been scammed by AirTkt Guru

I attempted to purchase a round trip from New York to Los Angeles through this airline and after passing two verification stages, one of which included verifying the pending amount with my bank, they then asked me to provide images of the front and back of my debit card. After refusing they said that I would not be issued my ticket and that I would still be charged. I rang my bank immediately who advised that the funds had already been taken so I cannot have the funds blocked or refunded. They advised I file this case on this website.
Show more...

Attempt to Scam by AirTkt & CheapoAir

I purchased a flight ticket for today from AirTkt for an Alaska Airlines flight from Seattle to LAX. I received a confirmation e-mail so I was surprised when I received a phone call from 'David' from Cheapo-Air saying that while they were processing my request, the computer failed & didn't show the last page with my payment info. He wanted me to take a picture of my card, front & back, along with my ID & send it to them ASAP so they could complete my transaction. I told him I was not comfortable with this. I asked for his name & callback #

I went online & entered the phone # & it was for Eros Tours & Travels in LA. I read the reports on their business & they have 131 complaints against them with the Better Business Bureau & are not approved by them.Yelp rating is 1.5 only because there is no zero option.

I called Alaska Airlines & there was no booking!! I purchased my ticket through them & they waived the booking fee because of what I was going through!

I cancelled my debit card & cancelled my 'pretend' flight. I will be more diligent in my research before committing to any purchases with discount companies to save a buck.
Show more...

Here's the deal... I booked a flight through you and was sent an email asking for a call back. The first time I was hung up on. I feel he hung up because I challenged his request to do a three way call to my bank. He stated that this was required to verify that funds were available. If you have a credit card transaction that is approved by the issuing bank, the fund are available. No further action is required. I called back and sat on hold for another fifteen minutes and challenged the three way call request again. This time he stated after i finally gave permission to proceed with the three way call that the transaction DID NOT require verification. What kind of rotten transaction (by the way the review software will not let me post how I really feel) are you trying to pull? All of this SCREAMS SCAM!!! I'll update this review after I have my ticket or not.
9OCT2019: OK, now I received an email yesterday stating that they need to preform confirmation with my bank. This is not in agreement with what was stated on Monday. I was told everything is cool and I have my airline ticket. Today I get back to my email and I have an memo from them stating that the ticket is canceled and they are charging my account $50.00 for the privilege of screwing me for my airline ticket. I will be initializing a charge back with my bank. I'll see how that goes. I'll copy and post this review to Facebook and any other social media sites that will accept this review. Please be aware of my experience with this travel booking company and act accordingly.
Show more... 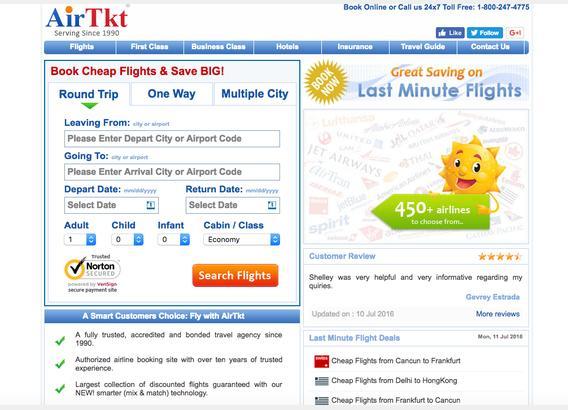