Wanted a female pitbull puppy. Went online and found amazingpitbulls.com. My granddaughters and I fell in love with a little girl named silly. Ryan Urbanno Alexander called me to talk about details. We talked everyday for maybe a week. I made $450. deposit. I started asking for her documents, website said she was registered. I didn’t care if she wasn’t. Also ask for vet records, pics, etc. I googled the pics and no hits. Got to looking at vet card and you could tell it was altered or forged. In the meantime, Ryan said I needed a climate controlled crate for flight. I could rent for $1500. “fully refundable” or buy for $2500. Told him that was not going to happen! I would fly to St Paul Minnesota and pick her up. Didn’t hear back for a couple days. In the meantime, I called Larpenteur Animal Hospital and explained about forged health car. Sent to vets office and sure enough it was forged. Had no record of dog, names or phone #’s. Also had a fake microchip number. I called Ryan, told him I wanted my money back! We all know that didn’t happen. I’ve reported amazingpitbulls.com to every government authority and websites and any other authorities I can find.They also just happen to have a pet transfer business called Pacific Pet Transfer w/California address. That’s who I needed to rent or buy climate controlled crate from. That didn’t come in to play until I had already paid my deposit. Ryan tried his best to play it out till the very end. Until I told him I was reporting them to ALL authorities I could find!
When I realized I had been scammed, I ask to do a FaceTime or video call. Naturally it was excuse after excuse. Ask for FaceTime or Video call from the start! If they keep coming up with reasons why they can’t and says they can tomorrow. DO NOT SEND MONEY UNTIL YOU HAVE SEEN PUPPY WITH YOUR OWN EYES! Even then, proceed with caution and really check these people out. I was too trusting and I got scammed!
Show more... 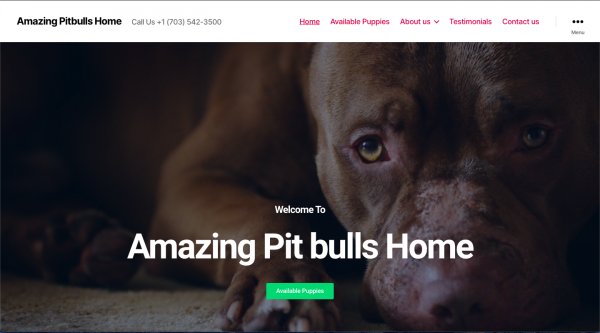