They sent me money 2975. I went to Walmart like they told me to for a survey. and they told me to put money in my account that they gave me then take it out and sent to someone else then I will get my money back. They didn't receive the money they said. It was money2money at Walmart. now I cant pay my bills. because I have no money now.
Show more...

ATTENTION: If you've been contacted by secret-shopper scammers, your personal information may have been breached. #REPORTSCAM highly recommends that consumers whose information has been breached obtain identity theft protection service immediately. There are several companies that offer identity theft protection in the US. One of the most inexpensive options we were able to find is the protection offered by LifeLock. You can start your protection here.
Disclaimer: The information and opinions contained on this site are not endorsed by LifeLock. #REPORTSCAM receives compensation from LifeLock. This helps support our scam prevention efforts.

I received on 3/1/18 Priority Mail with a letter and a cashier's check in the amt of $2598.00. Seeing I had not worked in last year and had done surveys and applied to be a secret shopper at one time; I assumed it just took that long for followup. The letter had step by step instructions of what to do and text the 909-293-3430 number things like CHECK RECEIVED and follow by my name. Then CHECK DEPOSITED. Then FUNDS AVAILABLE. All was in a quick turnaround time. Seeing it was after closing time when the check was deposited at bank I knew funds couldn't be really available even though bank reflected it was. I questioned the text number as they told me to go to Walmart and buy ITune Cards and send pictures of back scratched off. Up to this point I had not received anything telling me how much I was to be paid or how do we plan to get the funds not used back to them. These things are important and should be in the letter on front end. I then started googling and even called my bank and went in to show them what I received and told them I deposited but have not used or done any transactions. They told me it was a scam. On the other end, they never answered my exact question. They told me I'd be paid 350.00 but still didn't explain how we would disburse the rest of money. They were avoiding telling me because they know it would add more suspicion. Their is a real American Consumer eyes and I am not saying that company is a scam but what i received is using their name and logo but logic just doesn't add up. Checks take anywhere to 7-10 business days to clear. They rush you because they know in days it will be discovered that the account on their checks are fake and the funds will be taken from your account. So if you go spend any of it and then send them the difference.....that will come out of your money! And if you don't have it well your credit will be screwed with the banks because it will be your responsibility to pay them back.
Show more... 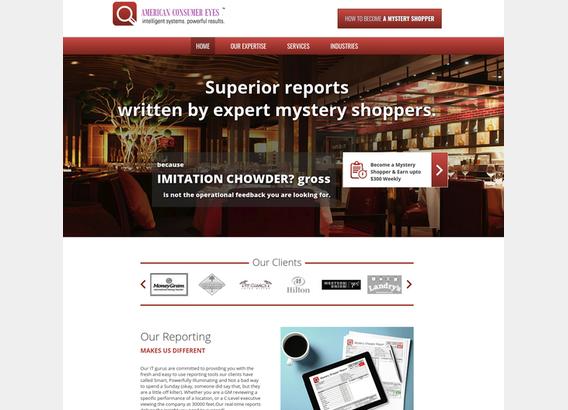