5/2016 At & t sold me a Bundle pkg. Not disclosing they were swapping my U-verse for Direct TV. Direct TV's poor quality was the reason I switched to U-verse in the first place. The tech came, within seconds disconnected my cable, all saved movies lost, and stuck me w/ Direct TV. The commercial, they "move with you" is untrue. I moved, At & t said there would be no early cancellation penalty as the "BUNDLE" package was unavailable in my area, no fault to me.
Then Direct TV charges me over $300.00 early cancellation penalty on a 2 year contract!! What contract? My deal was with At & t , a customer for 47 years! Then DT claimed they didn't receive their equipment and charge my credit card an additional $165.41. My name was not even on the account! I had the receipt and proved them wrong, they changed the story to charging me additional cancellation penalty. I have paid out over $365.
Warning, At & t & Direct TV is not a bundle, the sleeping dragon awaits!
Show more...

Beginning the Third week of January 2017 was supposed to have internet service with AT&T. I technical person. Arrived @ my address about the the 3rd almost the end of January 2017 the tech person said for order for me to have internet a my renter address he would have to do some drilling. I explained to the my property management do not allowed no type of drilling on there rental property. So tech person left a call at&t and explain to them what I told the tech person. A couple days after I resived an from at&t saying I'm an customer and that I have a bill. I'm not a at&t customer. And I don't have no type of service's with them no type of equipment of at&t. As the stated in a email and by mail can your company please help me he this matter resolved.
Show more...

In December of 2016 I dropped my cell phone cracking the screen. I called AT&T and was told I had insurance therefore they would send a replacement but I had a deductible of $112 which would be added to my bill.. I received the phone on 12-06-16 I took the phone to AT&T at #6 Bass Pro Drive. Rep David Felps assisted with the phone and he told me that the phone that was sent to me with a defect so he advised me to send the phone back.. On December 07, 2016 I sent the phone back. I tracked the phone so there for I knew it was received on 12-09-16 at 3:14pm. When I received my AT&T bill for December the charge for the phone was on my bill.. I called AT&T and they advised me they had received the phone and that they would take it off the bill. I receive my phone bill in January same scenario I call AT&T they advise they received the phone and would correct my bill.. I receive my bill for February same thing the charge is still on my bill. I call at least 5-10 times I talk to at least 4-6 different people they are going to remove the charge from my phone. On February 25,2017 I go back to the AT&T store at #6 Bass Pro Drive and I speak to David Felps. We have a conference call with all of us on the line. I was told the charge would be removed in 7-10 business days. As of today the charge is still on my bill. I have received emails from AT&T stating that if the charge is not paid they will suspend my service and that billing will continue for monthly charges and I will be charged a fee to restore each AT&T service. This has been a nightmare causing me a lot of due stress.. I do not have the phone. The phone was sent to them and since then I have gone to Best Buy and bought my own phone. I don t know what else I can do . But I do not owe for the phone or the charges on my monthly bill. If I do not pay it I won't have phone service. Please please please HELP ME..
Show more...

AT&T offers a Gift for being a Valued Customer! The Gift comes with a Subscription to purchase a subscription to Magazines, and a requirement to give your Credit Card Information! It's a Third Party Company request! Do not Trust this Company, at all Costs! You'll be Bombarded with emails?
Show more...

On a couple occasions I was unable to turn off my data on my I phone 7 plus. This one time I called AT&T and was told to go into the store. By the time I was leaving work I checked and could use the feature.
Show more...

Called in to pay my bill around March 21017, I was informed by AT&T representative that I qualified for 3 IPads at $1,99 each. I agreed to allow them to send me the 3 pads. Two weeks ago I went in to have my IPhone checked. At this time I was informed that I was paying $10 plus tax on each of these pads. It was stated that I agreed to a two year contract on each of these devices. I was not aware of this and never noticed it on my bill as it is paid automatically from my checking account. On discovering this I called AT&T and was told it would cost me A$118 on each pad to cancel a contract that they said I agreed to under deceptive practice. I believe I have been taken advantage of and am asking relieve.
Delores Smith
Show more... 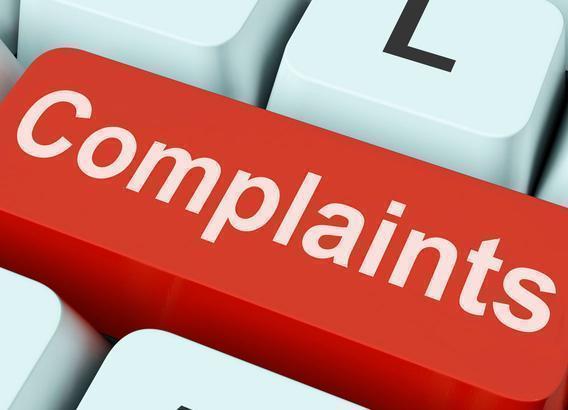