I was blackmailed by Rachelle Watson & Jobhet Tolentino

Was doing a Skype session, and recorded me, nude, with out my knowledge. Then blackmailed me by getting my Facebook friends and family names and said would post video on every social network site and send to my family and friends. Unless I paid her. So I did to be done then, of course, continued with the blackmail. I deleted any evidence except for personal info I gathered. I deleted evidence cause I deleted skype acct, which we communicated through, deleted emails and blocked her on both. Deactivated FB account and warned friends of her scamming. I don't care about the money I just want the file deleted and be left alone.
Show more...

ATTENTION: If you've been contacted by blackmail scammers, your personal information may have been breached. #REPORTSCAM highly recommends that consumers whose information has been breached obtain identity theft protection service immediately. There are several companies that offer identity theft protection in the US. One of the most inexpensive options we were able to find is the protection offered by LifeLock. You can start your protection here.
Disclaimer: The information and opinions contained on this site are not endorsed by LifeLock. #REPORTSCAM receives compensation from LifeLock. This helps support our scam prevention efforts.

Trying to be blackmail for money

Somehow he got personal video by me and threatening to send it to facebook and youtube if I didn't pay money so I block him on everything and I have paid nothing.
Show more...

A girl on facebook became friendly with me, she said she was in Gahana Africa in nursing school. She is white and claimes she is from Anchorage Alaska. After a few days of communicating on wattsApp she started sending me some nude photos saying she wants to be with me when she comes back to the states. After a few days she asked for some nude photos of me. I sent one then she said she wanted the whole body and face. I sent it. After a few days and some more playfull conversation she demanded money and if I did not send it she would post my photo on facebook, She is a very attractive girl claiming and looking 30 years old. I have here communication stored in my phone in WatsApp.
Show more...

I have Bennett scammed by Douglas Marie

She or hem contact me at Facebook and send me pictures and videos of a naked girl and ask for pictures of my private parts I send and then she said or hem was gonna to tag all my contacts if I don't pay 2000 dollar.
Show more...

Boyfriend being blackmailed for sex vedio.

She is blackmailing him for a Skype vedio haveing sex. The address is Toni Smith ivory Coast. Address Bada zip code 00225.
Show more...

I was scammed by Livia Scott

I was talking with her say she wanted to talk by skype I show my self half naked she told me to pay money so she can erase the video she film.
Show more... 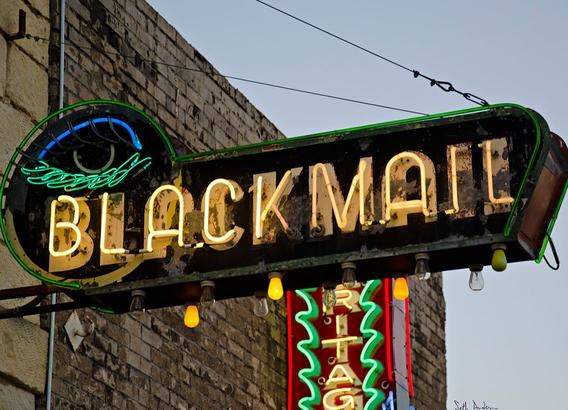