I have been scammed for fake diet plan

I was scammed with fake plan and exercises

Once I reviewed my meal plan and exercises, I could see that they were both unappealing and impossible to obtain all the ingredients during this pandemic. It seemed a complete waste of money. The exercises were no different to a free PDF you get off google. I requested a refund within minutes of accessing the plan and was told I didn’t fit the refund policy criteria. It is based on contradicting everything in my email to make it impossible to get a refund.
Show more...

I have been scammed by this ad off of Facebook

A pop up came on Facebook for a diet plan for $19, I took the quiz and before I hit purchase I took a screen shot for some reason and good thing I did. The company charged me $50 on my bank statement not $19 and there is no number to contact any one. They do not even reply to several emails!
Show more...

Let me sum up the background for you.
Originally I sent a complaint to [email protected] saying that I had allowed the 1 time payment purchase of $19.99USD to be authorized for but instead a payment of over $52.99USD had been withdrawn from my account and therefore I asked for the difference of $33USD to be refunded. Within an hour the complete $52.99USD was refunded but then moments later a 2nd transaction was taken for $51.99USD so I more than a little shocked as there was no authorization for there to be a 2nd amount taken from your company, so in effect, you refunded me $1USD and at that time I wasn't even given the .pdf for which I was more than double overcharged for.
So I wrote back and was told to screenshot the amounts deducted and refunded and deducted again and I sent everything to your company with additional explanations to which this fiasco has gone from
Grace (June 2 @ 19:53 EEST)
to
George (June 2 @ 22:54 EEST)
to
George (June 3 @ 00:07 EEST)
to
Grace (June 6 @ 05:45 EEST)
to
Grace (June 7 @ 04:58 EEST)
to
Grace (June 7 @ 07:02 EEST)
to
George (June 7 @ 13:45 EEST)
to
Elizabeth (June 8 @ 13:42 EEST) - At which with this reply I was finally given the link, but still not yet the refund of $32USD (the $51.99USD that I was charged minus the actual cost of $19.99USD)
to
Jennifer (June 8 @ 17:48 EEST)
Now in regards to the Elizabeth reply I was given a screenshot "Screenshot_2020-06-08_at_6.42.00PM.png" which shows a refund for $50USD but this then begs a few questions, and moreso ANSWERS;
1) If the item in question for priced at $19.99USD then why was a charge of $50USD authorized for?
2) As was requested the screenshots that I supplied were of the $50USD being taken from my account, but soon afterwards being deducted from my account again for the same amount. Yes there is a refund, but there is also a 2nd transaction (and unauthorized at that) taken INSTEAD of giving back the difference for the initial transaction. So the question in this would be for you to provide the accounting records for the initial request of the $19.99USD, along with the same accounting which shows the $50USD being refunded, and along with the 2nd unauthorized transaction that was taken off of my card for the same $50USD according to your records - I require this complete set of screenshots from you - not just the single incident refund - the entire record of my account frontend and backend from your accounting and purchase history.
For such a simple matter why has this gone on for a weeks time to not only get the link today when it should have been provided for me on the day that I purchased it for the $19.99USD, but for all of this going back and forth with screenshots and with explanations, and for the fact that it's taken 4 different people to understand that you were not rightfully authorized to take a second release of funds from my credit card for which you still are the $42USD outstanding owed back onto my card?!
Show more...

Took more money than they should have from acount

They advertised $19.99 and took $50 or so from my account. I have cancelled my bank card. Also the app does not work and I have not been able to see anything on it as yet.
Show more...

Saw an instagram post that mentioned intermittent fasting for body types - link lead to survey - and customized meal plan. paid - meal plan looks like it was thrown together by a 10 year old. no information on intermittent fasting, etc. Sent email requesting refund. will also report to paypal as scam. No phone number to call.
Show more... 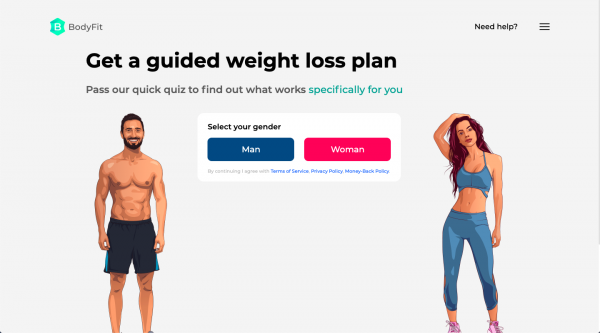