He made out 3 bad personal checks

I asked him to borrow money to open a checking account I only asked to borrow $25 he wrote a bad that he gave the banker it never even touched my hand then i unknowingly that they were bad checks deposited two more of them into my account my he claimed he wanted me to hold on to them so he would spend his rent and since from the moment we left the bank he keep asking me to slide my car for him gas and cash back from atms and groceries and hygiene etc shopping I hadn't even noticed he had wrote that first check in the bank for $200 instead of $25 like I asked him for so I just keep giving him all that money and making purchases then bank informed me the 1st bounce and the other might as we'll so my account was frozen he was harassed and threatened to kill me and later apologized and blamed being put up to using me on his drug addict boyfriend and promise to help with the debt I was left but never did I havn't back in contact with him since but he is very good with computers and he is directly connect to scammer/ hacker LeVern Hampton if that isn't just one of his aliases he's been rooting code gettin into my emails deleting things and adding cell phone accounts and so on to web browser yours truly Bruce Sarpy
Show more...

Posing as a consultant for Xyiencce Energy Drink Company, spelled similar as Xyience but with 2 "C"s they claim to be willing to pay $300/week in return for wrapping your vehicle with their logos. Once you agree they send you a check for $2430 and tell you to take $300 as your 1st payment and then to wire the balance to the company doing the vehicle wrap. I assume that's the scam, you wire them money that you never actually received.

The check came from Elliott Bay Design Group, but after talking with them they deny any involvement and said multiple calls came in about the scam. 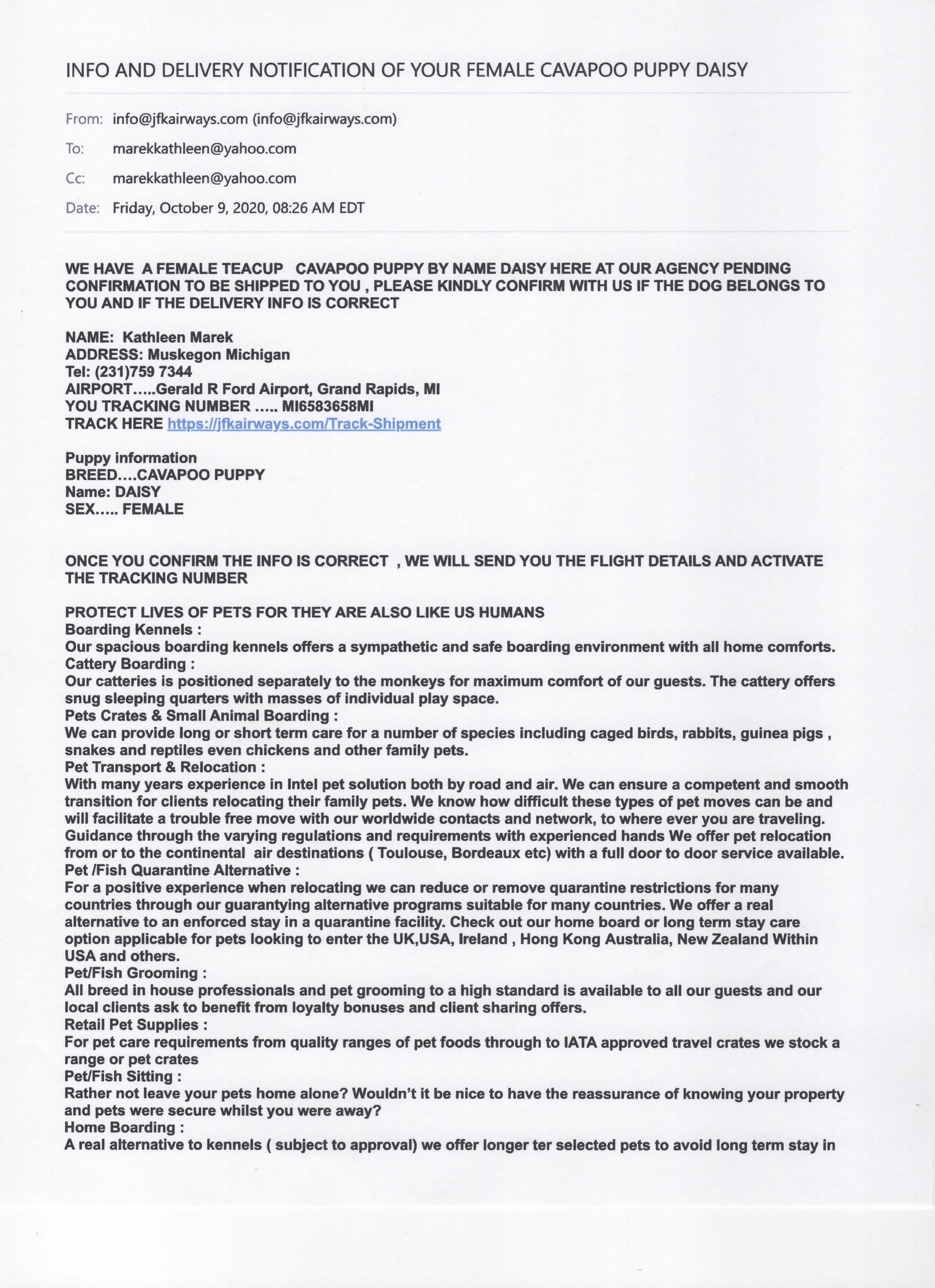 I was sent a check in the amount of $2,950.49 wanting me to deposit it in my bank, take $250.00 and send the rest to Cambodia by Western Union. Please see the following:Hi Felicia,

This email is to notify you about the payment which has been delivered to your residence this morning via UPS. This is will be one of numerous task to be completed between today and next 5 days. Please follow all instructions as detailed below so as to get this completed ASAP.


1. Kindly proceed to your bank to have the check deposited, Funds will be available for withdrawal immediately or 24hrs after it has been deposited. I will be waiting for a confirmation message once it has been deposited and state clearly when your bank indicates the funds would be available for withdrawal. Send me a scan or snap copy of the deposit slip issued to you at the bank via email, after you have deposited the check for record purposes.
2. Once you have cashed the financial instrument I need you to do the following:

a. Deduct $250 which is part payment of your temporary weekly payment, reminder will arrive before end of the week.
b. Send the remaining funds to Save the Children ( Cambodia ) .You need to complete the transaction ASAP because the funds is meant to finance Charity project which is focusing on AIDS prevention and care for HIV infected children. The money should be transferred via Western Union (money in minutes) at any Western Union agent location near you.
Below is the information of the recipient.
FIRST NAME : PAMNG
LAST NAME : SOPHEAK
ADDRESS : TRAPHANG SALAR VILLAGE, KHAN DANGKOR
CITY : PHNOM PEHN
COUNTRY : CAMBODIA
Get back with the information below once the task has been completed.
a : MTCN Number ( usually 10 digits )
b : Total Amount Sent
c: Security Test Question and Answer
A simple response to my e-mail is greatly appreciated so that I'll know it was received and to confirm you understand all instructions.
Thanks.
Gaines Conaway
276-521-1140

"Alica David" contacted me about buying and Xbox 360 and she sent me a check for an amount well over my asking price. Then she requested I send the remaining money to her "mover" so they can pick up the item I was selling through money gram, so that when the fake check bounced I would be responsible for the missing money from the bank and she would have the cash in hand.
Show more...