It was a scam to buy a car

I was contacted by someone wanting to buy my used car. she said that her bookkeeper had sent a check for the wrong amount. so would i please send the rest of the money by western union to another party. it seemed to be taking a while to receive the check so i notified the party that if i did not receive payment soon i would relist the auto. i was sent a check in a express envelope, she said it was coming form florida but the check is cut from New York.
Show more...

Car posted for sale in my local area, when contacted seller claimed to be in the military and being sent to Japan, selling car as she would have no need for it but that the car was in the hands of a shipping company and that she was setting up through eBay with buyer purchase protection. They would send an invoice and the the car would be delivered to me and I would have 5 business days after receipt of the car to accept or reject it. As the price and terms were very strange I did some research and found that this same scam has been reported here using the same basic approach and name. Glad I looked into it before falling for the scam.
Show more...

I was given a fraudulent check

This so called Jessica Tara pursued me through my business website for Scentsy merchandise. She emailed me asking for products. I informed her I could not order said products until payment was received. Once informed she mailed me a check for more then what her product was worth stating her uncle made the mistake and the rest was to be sent via money gram. I informed her that it would not be possible until the check cleared and if there was a returned check she would be legally responsible for all fees. She accepted and sent me a check via certified mail from a Ms Nicole Smith 3902 13th Avenue South Fargo ND 58103, from a company check called Freedonia Group, Inc. once I received the check and deposited the check on the second business day it was returned. I contacted the company in which the bank was issued from and they reported no such person being involved with their company and claimed it to indeed be a fraudulent check. I want to ensure that Jessica Tara and all other alias used will be posted so no one else will have to go through this. I am also filling legal charges against all involved with my state and all states involved.
Show more...

I was sent a check in the mail claiming that they wanted to evaluate Moneygram's customer service. They sent a check for $2200 and said to deduct $300 as a compensation. The other $1900 needs to be wired to John Ciocson in Seattle Washington. I deposited the entire check and took my compensation. After taking out the cash to wire, my account was in the negative. I was directed to wire the money and email "Mary Olson" with the transaction number. After numerous emails saying that the money was wired there was no response. Since there was no response I felt it was a scam. I then canceled the transaction and got the money back from Moneygram. When the transaction was canceled I then received a return email asking why I canceled it. When I told "Mary" that I canceled it because I got no response. She asked why did I do that and I told "her" it was because there was no response and my account was in the negative. I then asked why did that happen and there was no response for 3 days now. When I got the money back from the cancellation I then redeposited the money to get my account back to positive. I want to make this known so that no one else can get scammed. I was lucky to catch it in time.
Show more...

I got a text asking me if I wanted to make $400/wk by allowing Nokia to advertise on my vehicle. They sent me a check for $2500. $500 for me supposedly and the rest is to cover the decals, materials to install and there installation itself. After googling these names I see that it's a scam. Others got the same BS. They were all fired up for me to deposit that check, but I haven't.
Show more... 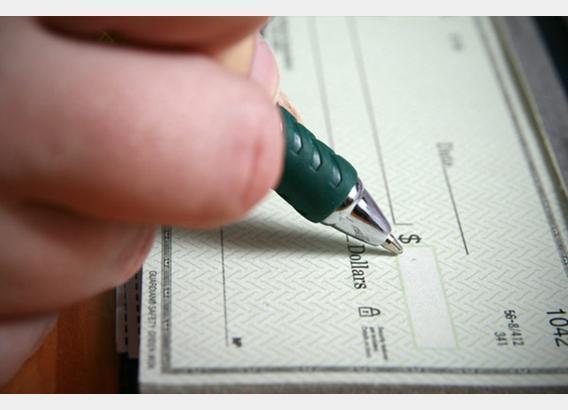