Cox cable is the worst cable co. They keep on changing the monthly charge & now it is way too much per month. I can't wait to get rid of them. Now they have changed my email page & I hate it.They say the mini box was free & now we are paying for it. I hope they go out of business because of people dropping them.
Show more...

Cox Advertisement DVR for $5/ month. I called 877-718-8696 to confirm the advertisement. I exchanged my box for DVR but then I was billed $12.99! Upon my investigation, I was then told I was still under a 2 yr contract so, therefore, I don't get the promo discount. This is a scam!!! My bill states $0 receiver rate yet $12.99 for service. Please investigate.
Show more...

Cox is lying to customers on their products

Ive been duked into getting 56 channels at 130 a month. I was told i would get channels i had previous when i first started with them in 2016 . then got a bill for 189.00 basic cable. They threw in a contour box and now i get 56 channels. Ive paid them in two months with a late fee of 10 bucks 400 last mo. They are ripping their loyal cust off.
Show more...

My name and social security number was used to open an account at cox communication which is being reported by Berlin Wheeler inc, reference for acct created is 182881847, service address for .acct is 490 Elm Drive unit 203, Las Vegas NV 89169, additional user on acct is Howard Prince.
Show more...

I have a contract with Cox

I called to find out why my Cox bill went up 4.00 when I have a 2year contract @158.93 a month. There response was even though I have a contract they can do a yearly increase as they wish. My new bill is $163.12 I do consider this breach of contract and plan to sue them. This company has been consistently price gougers and will seek lawyer advise and proceed.
Show more...

Cox let someone use my name to open account.

I got a letter from cox stating I had an account opened with just my first and middle name. I called cox communications collection and Amanda told me I haven't had an account since 2012. I sent an identity theft form to cox with a police report.
Show more... 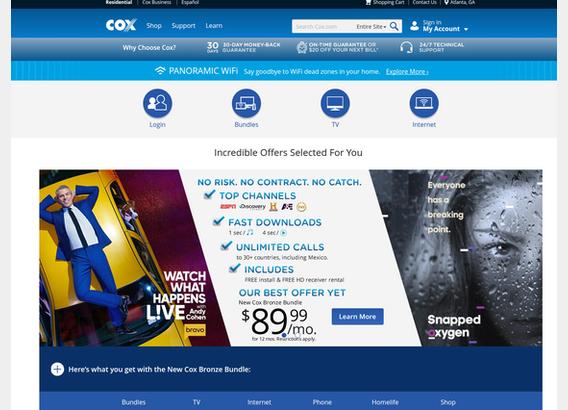