I have been scammed by CHS

I ordered a free sample of and gummies on June 21.. The next day I was charged $125.00. On June 23 I texted the company saying I did not order 2 full bottles of gummies and to cancel my order. I was told that I could not do that. When I called I was told that I had to wait 60 days before I could get my refund, which was guaranteed. I Sent everything back unopened via UPS tracking no *************** with receipt confirmed. I called on Aug 24 and was told that the system was down. I called again with the same response. Then I received an email saying that a fatal flaw occurred and the money could not be deposited and a check would be sent in a couple of weeks. I have contacted BBandT requesting a refund but I have not been satisfied with their response. I hope you can get me my refund. My customer no is ****.
Show more...

Ordered a sample of vitamins and was sent four bottles and charged $294.90 have this issue since sept 04 2020 and was told that the refund was to scheduled to refunded since sept 7 2020 til now jan 27 2021 still not refunded called again found that phone number is disconnected
Show more...

I have been scammed by Client connect

I thought I was ordering a Sample of weight loss keto pills for $6.95. instead they took $224 out of my bank account! That was 6 months ago. I have called many times, and just get excuses and promises that my money will be refunded.
Show more...

I have been scammed by the same co. that billed me for 15 bottles of Keto diet pills

I am a 71 year old disabled widow. Due to disability and upcoming surgery I need to lose 50 lbs. I had researched diets and felt the Keto diet would be good for me. I called and overdeveloped 2 bottles with another bottle free.Then I received a call from Brock , he was telling me how to take the pills when they arrive and what was best to eat...I had already been charged $199.99 for 5 bottles ( phone # ending 8054)now with Brock. 5 bottles(0162)..Another call from Kaylee (9484) to f/u with my order and offer other products..was charged $79.85 & $239.82 with 6 more bottles...then I saw another charge on my acct from Deliverinhealth40K (4594) for $198..When I call all these numbers I get the same statement “you have reached total client connections “ then they tell you they have a long wait..to go to www.customer support link.com...now I have paid est. $833 and should receive 15 bottles..it is 3/5 and I have received 3 bottles...I am living on Social Security and looking at being overdrawn on my checking acct. I feel like they have taken advantage of me and I do not know how to stop it!
Show more...

Fraudulent advertising saying endorsed by Dr Oz and Dr Phil. Offered CBD Gummies at 34.95. Small print is 34.95 each for 6 bottles. Not 34.95 for all 6 bottles for 34.95. Tried to cancel order same day said I couldn't. Product was delivered and I returned all bottles unopened. Says I had to wait 60 days before getting refund. 69 days is up but cant get anyone to answer phone so I can request my refund.
Show more... 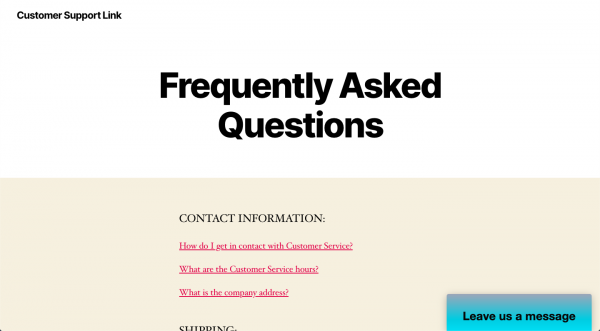