I have been scammed by Dubbin Cabin

Order#DC17378 fleece leggings blue on Nov 29th! Paid with a credit card and received a confirmation email but have yet to receive my item. I have emailed the Co several times and they respond with it is in transit. It has been 10 weeks and still no package and they stopped answering my emails. I want a refund! I tried to call the # online and got a hospital in OH!! I need help!!! Please!!
Show more...

I purchased some fleece leggings I saw advertised on Facebook. they sent a tracking link with the confirmation email, after several days waiting for the tracking number I contacted them by email, all they said it was "in transit" so I argued hardly with them, how can be in transit but you can't give a tracking number. So they said they increased the priority of this order, and later on that they would pass the issue to their "higher department" what kind of company name "higher" a department? and after this they stopped answering emails
Show more...

I believe I have been scammed

On December 22. 2020 I ordered 4 pairs of fleece leggings, order #DC19509 . I paid with my credit card but have yet to receive my items. I have sent numerous email, have clicked on the chat through their website, and have tried calling the number listed, which went to a medical center. My next step will be contacting the BBB.
Show more... 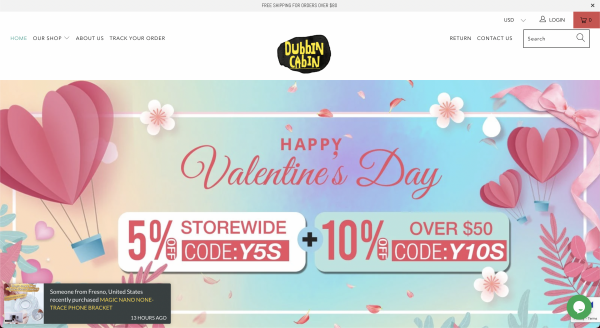