Sold an item on ebay to a buyer that did not appear to be real. It was brand new unopened item. The buyer claimed it was opened and filed for refund. Ebay automatically gave them a refund and charged me selling and listing fees as well as shipping non of which I can get back. The buyer does not even exist yet they had what appeared to be a good rating on ebay until you click on it and then you find out there is no feedback. Only ebay has the ability to show positive feedback for a buyer that does not have feedback and the buyer would not have gained anything by this transaction. Ebay is the only clear winner. I know its a scam by another big company which should not surprise us after what volkswagon just pulled. I hope the fbi investigate them.
Show more...

Offer truck for 2000 dollars said it had to ship. Sent ebay protection invoice for that amount checked with ebay no such insurance on vehicle. Not listed on ebay this was a private listing. Found at used chevy 3500 indiapolis Indiana on yahoo.com vin 1gchr33nijj122217 1998 Silverado 112,000 mi. blue in color
Show more...

Used car buying on the internet

I was looking on the internet for used cars. Link into this site called Backpage.com and saw a vehicle for sale. sent a reply and got a reply back. The ad said 2,350 obo. I offered 1,900. It was accepted. The person said they were in the military and the vehicle belong to her husband who had passed away with cancer. I was told to send cash via Money gram to an e-bay agent, who was to hold it in escrow until the vehicle got to me by way of e-bay motors. then she e-mailed me again and said in order for me to get the vehicle I had to pay liability insurance and it was 1,500. I e-mailed her back and told her , she said it all was taken care of. She claim she did not know about the insurance. she will pay 500 if I could pay 1000 and the insurance money will come back to me once the vehicle gets to me. Well all of this back and forth went on for about 3weeks.Every time I e-mailed her about when the vehicle was coming she said 2 days then 3 days then she would say e-bay will ship it on January 3 and I should get it in 3days. Nothing came. Then she e-mailed me and said something happened with the payment and e-bay is adding more taxes and fees and could I send another 1500 and I will get it back. I e-mailed her and said I got nothing from e-bay about this and the deal is off and I will e-mail e-bay. Never heard any thing more from her.. I e-mailed her again nothing back. I e-mailed e-bay and they do not have agents. the person who said he was e-bay agent Randy Holden . E-bay never heard of him.
Show more...

AKA: Marie Williams Seller of 2005 Acura

I was searching car dealers for a car in my price range. I came across a 2005 Acura and made inquiry, as the sale price was not on the site. I received an email from AKA Marie Williams, email attached, responded and then received an email supposedly from ebay, email attached. She sent me the information on the car to include the VIN and when I found out that she was suggesting having it shipped from Nebraska I began to be suspicious. I received 2 calls from an unknown person with a Delaware area code and when he asked my name and I affirmed, he said "you are bullshit". I had sent my contact info as requested and realized that this must be scam. I consulted a friend who is a car dealer and he advised that his wife had the same experience with the same story. I am attaching the emails.
Show more...

I bought an engine on ebay price was $1540 with shipping post stated that engine was running and ready t o install ( It was not) engine had shifting problem / transmission I soon as the shop installing engine let me know i called Diamond cycle and spoke to Joe from there he said we would talk to owner and get back to me ....3 days later after no calls on email I email to get a paper trail started i received an don't worry we'll take care of it email that's all after not wearing from them again I call multiple time till i got a hold of Joe We asked my to get it fixed then email him receipt and i did on dec 1 to two different emails .I waited and again no response I called a couple more time till i got a hold of Joe he then said to open a return and he would refuse return and counter with amount that it took to fix transmission shifting problem i told him I did not want to return He said don't worry its safe and we do it all the time (when i called Ebay they also said it was safe) it was not!! I opened a return and even on return comments i clearly wrote that i did not want to return that Joe from Diamond bikes told me to do it this way. A few days later i star getting return shipping tags so I could return engine at this point the motor was $1540 and $300 labor to install and the additional $190 that it cost me to fix problem im $2030 into this and by this times my bike finally running I was not about to return it.I called it always took about ten calls to get ahold of Joe .He said that He accepted return by mistake that now I would have to wait till case was closed and then we would refund my money.case closed on dec 21 -2015 when I called to ask about my money he hangs up on me .I called and ask may I speak to Joe he says its Joe I then I asked him when do I get my money he asked honda engine I replie yes he just hung up on me!!!!! I called about fifteen more times to no response!!That just made it super clear that they have done this before and that it was planned from the beginning he knows the loopholes cause i cant get my money from ebay and i could not even leave feedback!!! for this $1540 transaction!! so they can keep their feedback clean and their business looking legit.Im sure i'm not the only one that got scammed by these people.I have all the email sent to them and at no point did I say I wanted to return I always wrote that joe told me to do it this way but to ebay it does not matter and the emails that Joe told me to send receipt were not from ebay they cannot do any thing even after advising them that Diamond super bikes misled and falsely advertise item that to me is fraud !!
Show more...

Ordered a book from seller on Ebay. Never received it. After multiple attempts to reach seller, I was finally responded to and told that my item was lost in the mail. By that point it was too late to file a claim. Seller never refunded my money.
Show more... 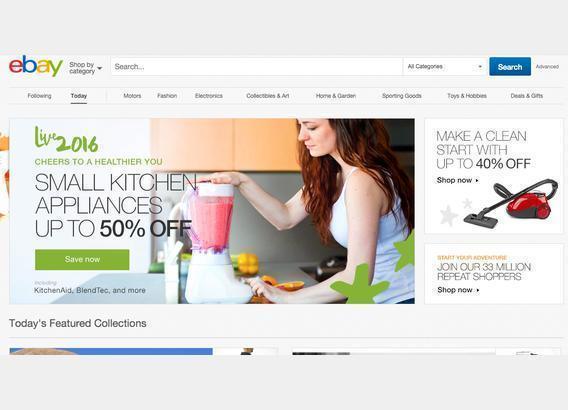