I clicked on an add on my Facebook that looked like it was from fanatics. I purchased several items and have not received them and the email isn’t valid that they sent a confirmation from. They are posing as the actual fanatics website with very discounted items.
Show more...

It's an online store that sells jerseys

They made a fake website with fanatics which is a legitimate website. The phone number is fake the email is fake and when it comes up on your credit card it comes up as a totally different website that's also out of business
Show more...

I clicked on an advertisement from Facebook Marketplace for a Tom Brady SuperBowl jersey.
Show more...

The company has a similar name as fanatics which is a legitimate supplier of major league sports wear. This fake company is in China and advertised on Facebook in an ad that looked very much like fanatics. Upon doing some research after I still hadn't received my items I discovered the fraud and realized that even if they sent me my order nothing was licensed by Major League Baseball.
Show more... 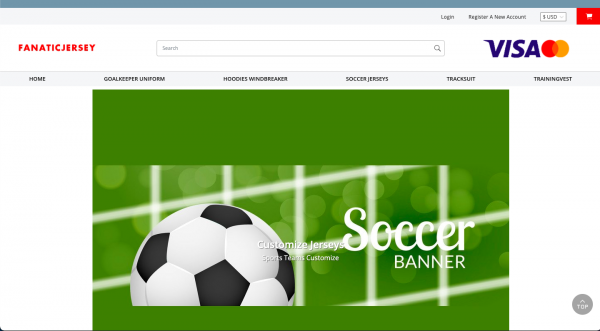