Reporting a scam. They say that you won an Iphone 11.

I am reporting a scam. They say that you won an iPhone 11 but you have to pay $1.00 first. And then when you check on your bank statement you see a charge from gameduster.com for $64.95. You have seven days to cancel and if you don't you will be charged that amount for each month until you do. And you can not get ahold of them on the phone.
Show more...

I have been scamed by gameduster

A small amount ($ 4.95) was taken from my bank account without any authorization. I do not want any further deductions and would like my account credited back for the $4.95.
Show more...

Said I won an iPhone after being on optimum cable service website, so I clicked and it said pay $1.00 for shipping ,which I did, except never received phone, and now I'm being billed monthly by them.
Show more...

Same thing happen to me. Said i won an iphone pay 1.00 and now lots of different amounts are coming out of my account, did a fraud with bank and had to get a new card, i want my money back i didn’t authorize any of these charges. Plus other website that i don’t even know what it is. Nxsfnd.Com. I have text alerts so i caught the bigger amounts so at least them didn’t go through
Show more... 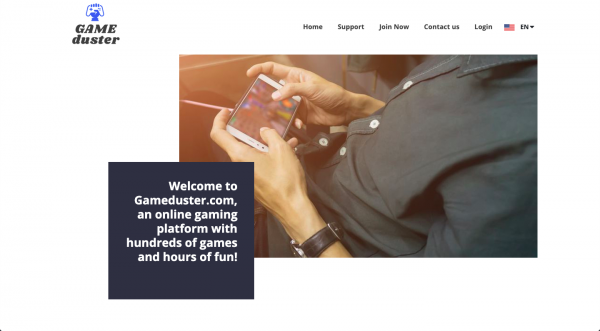