Phone call allegedly from my grandson, tyler. ralph' and 'walter " even had tyler's phone number. Ordinarily i don't answer calls if i don't' recognize on caller id but since it was my grandson's number 918 706 -8037, immediately answered it. said he was in las vegas for a wedding, rented a car and had had a minor fender bender and he either had to repair the car or pay $1500 for the repair. he said he needed to come home by friday and hoped i would send three vanilla visas of $500 each. just withdraw that money from my account and he would repay as soon as he arrived home. i had, in the past sold him a car and loaned him money and he has been prompt in repaying the money . i have all the facts and t'he cancelled visas. i have a police case number 15-07056. the police said i was just one of many cases like this and really had no personnel to assign these cases since there were so very many. I was thrilled when i read in my daily paper about the better business bureau had set up a scam tracker tool for us to use and i am doing that.
Show more...

This boy called and said he was our grandson, in jail in Dallas, hit a rental car, in jail for DWI needed $2960 sent to Jose Antonio Palma Macias Quito, Ecuador. i knew it was a scam because I asked to speak to the boy again and he said he could not get him back to the phone. I called our Police dept here in Wichita Falls, Tx and I called the BBB. Police said I could let you have the info and the BBB took the info I have. they wanted the money gram sent from ACE Cash Express 3624 Old Jacksboro Hwy #104 here in Wichita Falls. He also said to not tell the people that you were sending it for a bail out of jail but just sending it to a friend. It makes me mad that these bums can get info to do this to people. some older people would just send it on. We are out no money, just stress. thank you.
Show more...

Grandson in Jail in Dominican Republic

Ted's son Kevin Runge completed this report on his behalf (he is 86)!!!

Ted got a call from a Law enforcement agency stating his grandson was in jail in the Dominican Republic and they found drugs (herouin) in the car. They handed the phone to a person that said grandpa this is Sam. I am alright, I just broke my nose. I am down here with a buddy for his mom's wedding -- they are paying ever thing for this trip. I need some money to get out of jail because they found drugs in the car. The officer wants to talk to you again. The Sargent said can you wire $950 to bail him out? My dad asked a couple of questions (Ted knew Sam's dad (Kevin) had a busy day a work planned and assumed he told Sam to call GPA). Then he said YES but how do I get the money to you? They gave him the number I stated above and told him to go to a CVS and call the number via instagram and it need to go to Eddy Valera. He went to bank, then CVS completed the transaction and then drove home.
He got another call about a half hour after he got back home. They said they got the bail money. Now the want him out of our country and we need $2,100 ($1,000 to Joel Jumagil and $1,00 to Jady Pavon) for airplane tickets. He was going to do this. Ted's other son (Keith) just happened to stop by before he headed to the bank and he told Keith the story. He told dad he thought it was a scam. Keith called Sam to verify he was at Mizzou at college.
Show more...

Received a phone call supposedly from our grandson who will be on a Mission in the Dominican Republic who said he just got into an accident and broke his nose and messed up his lip. He then turned the call over to a man who called himself, Sgt. Richard Bennett. He indicated that the car the two boys were in had narcotics in the back and he wanted to help my grandson get off an charges or he would be detained for 8 weeks. They arranged for a flight out of the Dominican Republic that night. He would need $1,200 for the Lawyer to get him with no record that could hurt him at the College he is attending and a record for life. I followed his directions and went to a CVS Pharmacy to use their Red Phone to sent CASH over seas. After I did this, I called my grandson to see how he was doing, his answer was "Fine", why are you asking. Where are you now, he said I'm in my dorm at college!!!!!!! I called the same phone number I received the AM call and asked for Sgt Bennett which took a while and when he answered, you don't want to know what I said to him except in centered around what a fraudulent ------------ he was etc. I asked him "What are you going to do with the money you just received", his answer was "Feed my kids"
Show more...

Grandparents Getting Calls That Grandchildren Are Trapped in Island Country

My father, who is 86 and has frontal lob dementia, received a call from a Sgt. Brown telling him that one of his grandsons was in jail in the Dominican Republic and that my dad needed to wire $1150 to the jail to get him out. I have taken away my dad's check book and credit cards, so all he has is a little cash and he does not drive. Therefore he is not in a position to send money to anyone. He told the guy he would not to talk to another family member and Sgt Brown told him to call him back to proceed with the transfer. Fortunately, my dad called me to discuss this and I told him it was a trick and both his grandchildren are fine and in Atlanta. I called Sgt Brown at the number he gave my dad and told the guy I knew this was a scam. Before I could say anything else, he hung up. Less than a week ago, my mother-in-law got a a similar call from someone posing as her grandchild stating that he was on a trip in the Caribbean and had lost his wallet. He needed money to get home. He did not want my mother-in-law to tell his parents because they did not know he was on this trip. My mother-in-law was then transferred to a "supervisor" to discuss the details of the wire transfer. When my mother-in-law asked for the identity of the grandchild, things started to sound "fishy" and she hung up. My mother-in-law called me and I told her the boys were fine and this was a scam. She has not been called back as far as I know.
Show more... 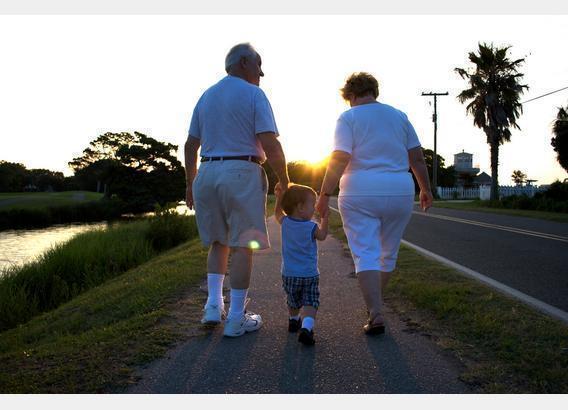