Scammed by this Chinese company

I ordered and never received, emailed them as can't reach at 800#, no response other than order shipped, which it has not been shipped, still in China which is where the fraudulent company is from by masquerading as a Miami FL AMERICAN company, which they obviously are not or they would have shipped or refunded me the $19.97 as I have requested several times with no response, website states next day response, I am on several days no response and no product or refund.
Show more...

Placed an order for Mother’s Day 2020 of 4 bouquets of tulips. Reached out 15 days later when they never arrived. And the company kept emailed that the flowers had just been shipped. Yet I received a notification they had arrived. Tried to call and the number was not listed.
Show more...

No evidence of a real person

I made an Order on April 26 2020 and shipping said 7-10 business days. It’s now June 16th and I have not received my products. I have retired to call and it says to email. When I email I get the same response back from multiple people supposedly but the words are all the same. The messages only states they know how hard it is to wait for things and that it’s on it’s way and provides me with the tracking number. I have been tracking fm this since April when it was supposedly shipped out and it came close to me & then was shipped back supposedly. I have all the proof to prove what I am saying and just need to know what to do next. I have asked for a refund and nothing has been said about it other then it can’t be done while the products are in transit. I have sent the proof that it hasn’t came to me. I even sent the proof of an email I got that stated it was delivered. I believe I have been scammed. What’s the next steps I can take?
Show more...

This is a fraudulent site from China. I ordered July 4, they created a tracking label since July 10th and it is now august 8 the product has yet to be shipped. I have only been receiving automated scripted emails every time I reach out to customer service.
Show more...

I ordered a heated vest which I cancelled within their one hour cancellation policy. They billed me and never shipped a product. This company took $50 from my account for no merchandise. Thankfully my bank is pursuing this fraudulent company.
Show more... 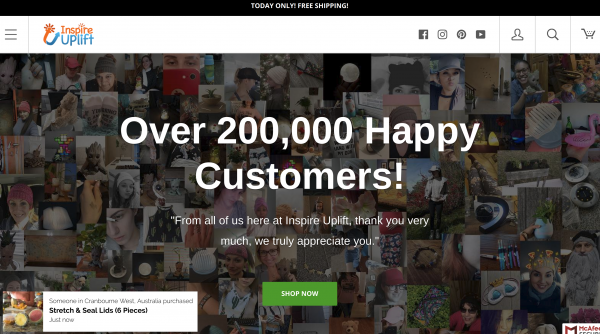