Contacted them asking about there yorkies....they sent the website link...asked them if they still had one by the name of Dillon....they said yes asked me to send the deposit of 500.00..if I was interested they gave PayPal info....they received it told me when I could get the puppy....2 days later was told I needed to pay another 550.00 for pet Insurance since they don't verify my vet information......i should have known ugggg....last they sent me an address..where to get the puppy.....an it is the actual......jackson yorkie business!!!! Got there sent a text to let them know I was there....they replied they were at the vet finishing up....after that no more communication......so i knocked on the door of the actual business......the owners....said this has been happening.....they have reported it....an nothing has changed.
Show more... 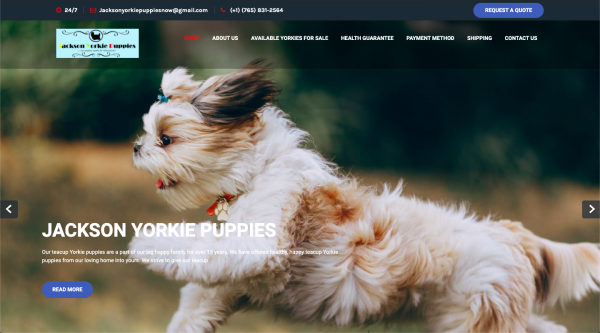