I have been scammed by Janecloset

This store advertises FREE SHIPPING but once my order was placed they added shipping fee. My complaint to their administration proved fruitless. I call it unethical practices and would only make the recommendation to SHOP ELSEWHERE !! There is no customer service ! I asked to exchange for a different style of shoe (same price) and they won't consider it. The shoes are worthless --- and they were advertised as Premium Orthopedic Walking Shoes. What a joke!
Show more...

I ordered 2 pair of shoes from this Jane Closet online on May 3, 2020 and have never received them. I have contacted them thru their email address only to be told that I should give them another chance to send them. I have asked them for a refund and now they do not reply at all.
Show more...

Placed order for shoes May 14 and it is June 6th and order is not shipped.
Show more...

Still waiting for my shoes ordered a month ago

Ordered shoes online more than a month and emailed twice for delivery status and do not reply at all.This janet closet is a scam.
Show more...

I've been scammed by Jane's Closet

I ordered a pair of sneakers in the amount of $29.95 from an ad on Facebook with a link to "Azzy" with a picture of the sneakers, that looked legit..I changed my mind when I found a similar pair at a local store here in NH...I immediately tried to cancel the order, but got a "quick" reply that the item was in the process of being shipped...AKA "being scammed".. I tried sending an email that was provided on their website, stating a "24 hour" response"...HA! I tried calling the phone number directly to "Jane's Closet" with a recorded message that because of"Covid 19" to try again later" HA! I just did with the same recorded message...In the meantime, I was charged $29.95 for the sneakers on June 9th...
How can I get my money back?
Show more...

My elderly mother purchased a pair of shoes, over ten days ago. She called phone number on order to find out where the shoes were. a man who identified himself as Gilbert White said he was looking into the order, and had my mom stay on the line. he asked her for her credit card number info again, then started asking her personal questions, do you live alone, what did you and your husband do for a living, do you also have a debit card,
she became suspicious and hung up. By the time she could dial the bank fraud department they had already used her credit card for fraudulent charges. The charges were declined and the card was cancelled. From the info at hand this company is a fraud. If my mom receives any correspondence from Jane closet, we will be referring this case to the State police cyber crime unit. PROTECT YOURSELF OR YOUR FAMILY MEMBERS
Show more... 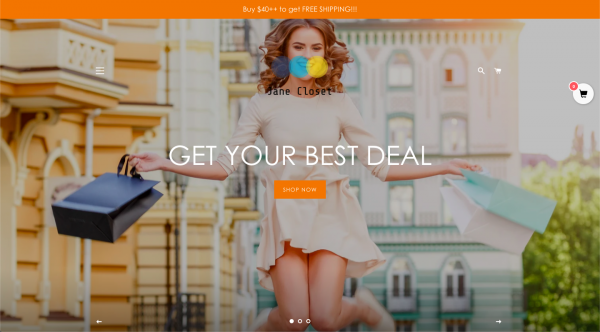