He was suppose to come back and finish my barn, want return my calls or anything took my money and ran.
Show more...

I have been scammed by JC Pole Barns aka James Carver.

This guy built a pole barn for us and the roof leaks, the slider door want half open or close and all the trim looks like some one shot it with a gun and he refuses to fix or replace it.
Show more...

He hires drug users to build his barns I have them in video Poor quality and the building was not built as described in the contract Hoes in the roof No headers for door openings He threatened to tear down the building because I was in the hospital the day the building was finished he would not wait 1 day even though he quoted 3 days to set the building up and it took them 9 weeks The materials are bottom of the line. Rafter hangers only have 2 nails in them should have 4. Do not trust this guy he will lie to you
Show more... 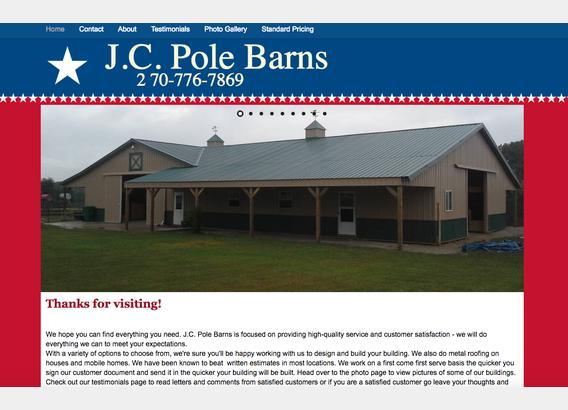