I went to search the web site and it focused on self development! I have never contacted, seen or authorized from this site to take 39.95 out of my personal checking account. The phone numbers given did not resolve anything. It just said about contacting them then it hangs up. The other number given had something to do with wi fi I would like to make a formal complaint. This web site claims to help individuals that have questions. It’s all a scam!
The web site. Jell-c.net and numbers given are all false! I called both numbers, I also contacted there supposedly customer service!
Thank you for investigating this site, phone numbers, etc...
Show more...

Took money out of my checking without my know

I checked my checking account this morning and there are two charges from this website. one for $1 and the other for $1.95. I have reported to my bank this is fraudulent activity. When I contacted the customer service number, they wanted to know my debit card information so they could "help me". I had to close my bank card and transfer my money into savings thanks to whatever the hell this is.
Show more...

After reviewing my bank account, I noticed an unauthorized charge for $39.95 and immediately called my bank. The bank representative and I did all we could to identify the company, including calling the number listed. Turned out that the number that the bank had listed belonged to another company, who knew nothing of me! The bank sent me forms to dispute the charge but unfortunately I was dealing with my mother being placed on hospice, so I wasn’t diligent with the follow up. By the time I was able to see clearly, 4 debits of $39.95 had been charged so I was immediately back on the phone. Completed the paperwork and submitted it to my bank. About 5 days later, there was a magical credit of $119.85. I called the bank to see if they had ever found out the actual name of the merchant but it just showed jell-c.net. The mysterious merchant credit my account for the money and I still have no idea who they are, but I do know it’s a scam. I would remember authorizing $39.95. Beware!!!
Show more...

I just received a text from bank saying they charged my card 39.95 and I didn't authorize it..
Show more...

I was checking my current transactions on my checking account when I saw this pending charge: Jell-c.com for the amount 39.95. I knew immediately that I did NOT authorize this charge. I am disputing this charge with my checking account and will follow through to the end to get my money credited back to my account.
Show more...

They keep taking my miney. But for wut
Show more... 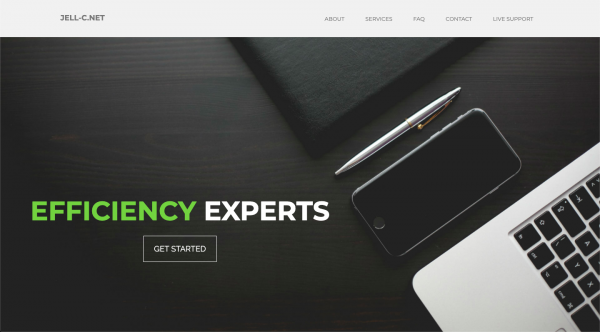