The vendor did not respond to 3 attempts of communications regarding an order. Item was supposedly shipped but never received. Most likely scam!
Show more...

I have been Scammed

Purchased a Google Chromecast Ultra 3 days ago through PayPal check out it was marked shipped and no tracking information
have not received any reply through the provided contact information
Show more...

I have been scamed by Kelty

Purchased a Google Chromecast Ultra 5 days ago through PayPal check out it was marked shipped and no tracking information
have not received any reply through the provided contact information
Show more...

I ordered a nest thermostat from Keltyt.com for under the list price at other places. The transaction was immediately executed through Paypal. No communications received either as a result of the transaction or later one. Further research showed the listed address to be in an Ohio residential district. Phone number goes to a private number and always voicemail. Registrar of the site is Kimberly GOZYCKI, also associated with JPEDY.COM. That site looks very similar to Keltyt, even down to the webpage formatting; the phone number is out of service and the address is a residence in NC. Claims issues with Paypal and reporting also to IC3.
Show more...

Right after I placed an order online with them I found this site. I immediately contacted them to cancel my order. Tried 2 different customer service phone #s...one was voicemail and I left a message but have had no response. The other was some different company who had never heard of the first company. I immediately disputed with my credit card company and I will let them refund me.
Show more...

I have been scammed by keltyt

Ordered an HP Sprocket printer on November 24 because it was $30 cheaper. Got a confirmation and an order number telling me I'll be notified when it ships and never heard anything else.
Show more... 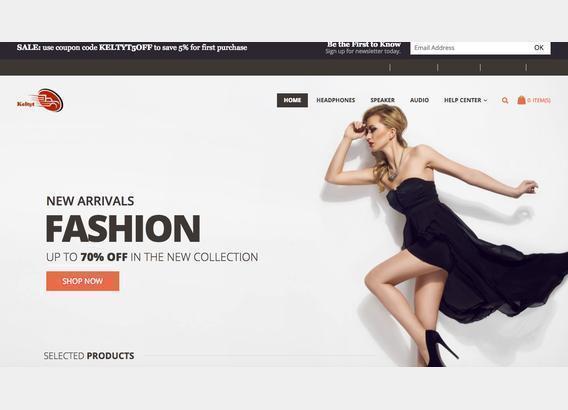