On the 18 December 2016 I was online and was fooling around using my Life I put in an old high name and wanted to find out I used my credit card as a small fee and they hammer my card for 179.40 cents I called them and said I did.t authorize that charge and when I said lawyer they went to another phone line and refunded 151.40 which is still too much for noth
Show more...

Do not do anything

I am looking for a friend and this site came up automatically. So I thought it was legitimate. they charged me but I can not get into the program.
Show more...

This reputation has tarnished my online reputation by putting false information on there in an attempt to get me to purchase an agreement to have it removed.
Show more...

Won't remove my personal information from their webiste

Mylife won't remove my personal information from their website. In 1996 I had to move several states away from my wife who told me she was going to get me. Over the years I have had to move several times because she found put where I lived. Now mylife has not only my location but current address displayed. I have asked them to remove it but they won't respond. I feel my life is on danger to the point that I have purchased several guns to protect myself. This is not a joke. I just want them to remove it. I am currently residing in Clanton Alabama.
Show more...
Unresolved

The company Mylife takes people personal information and expose it to the public without consent. My information is on here for public without my consent and is incorrect. It states that I have been arrested and have criminal charges. I have never in my life had any kind of such charges. This sort of misrepresentation can cause a person to loose their jobs.
Show more...

I have been scammed by mylife

I was informed I had derogatory records and I wanted to fix them
Show more... 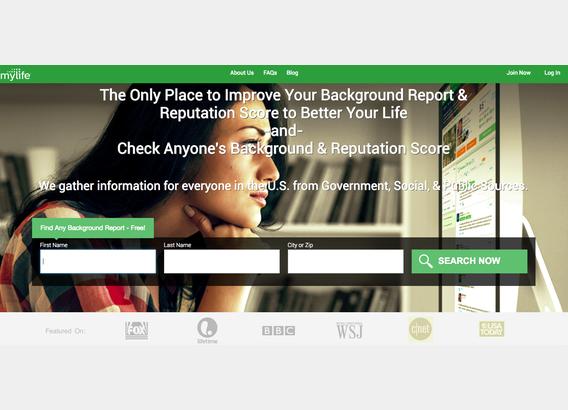