Bought a neatcell laser pen off their site "neatcellofficial.com" LOOKS REALLY LEGIT. i even seen there product on amazon as well so i figured best bet would buy from their official site instead. i was wrong. they said 2-5 days for delivery. and 2 days for tracking number to go live to track your package? so in 2 days i couldnt even track my order. i had to use a third party app to track it. they told me it was shipped a day after i ordered as well. they had me pay through paypal ONLY. i paid through paypal with a guest account and debit card. i emailed them and they said because of covid-19 itll take max 18 days JUST for tracking number to go live? seemed sketchy. so i did some research. i looked at the comments on their youtube videos through youtube, that they had posted on there site. people said they also got scammed! all the reviews on there site is fake! i tried to leave a bad review and it wouldn't work! what a coincidence. they also charged my card right away! i called their number they had provided and no answer! they dont even reply back anymore. i feel as tho they been scamming people for a long time. they even put so much time into their site making it look legit. i want to help others from getting scammed. this is fraud.
Show more...

I purchased a picosecond laser from neatcell, everything looked legit on the website and then when I received the email confirming the purchase and it seemed like a basic invoice with insufficient details etc. ive sent multiple emails with no reply tryin to get a tracking number for the package. still no reply
Show more...

Item shuts off within seconds of use. Company only offers exchange, I do not wish to have another counterfeit product. I need my money back.
Show more...

Purchased the neatcell red version, The product arrived, does not work anything like advertised. As a matter of fact, i am glad I tried it out on a piece of paper rather than my skin as the laser is on all the time and does not pulse and make noise to let you know its operating. Within seconds it burned a hole through the paper as well as burned a mark into the wood table beneath it. i attempted to contact customer service via email and telephone to no avail. I am now trying to get my money back via paypal. Stay away from these scammers.
Show more...

I bought this product thinking that it will help me remove dark sport and sun damage on my face and body as they advertised on their website. The company claimed they were having a sale on their $129 laser pen and selling it for $94 so I bought it and after receiving it 2 weeks later I opened the box the user manual was extremely brief and did not say anything about the product settings and instructions to use. All it said were the same claims that were on the website that this device is able to remove tattoos and age spots. I emailed customer service and got a response back 2 weeks later saying the same exact thing that was posted on the website and which does not include any instruction to use the product or any additional information on this product. The laser per emits blue light which is useless and does not do anything. The email response that I received had a manager name and company phone number of : Helen Jones : Personal Customer Relationship Manager Neatcell® Official Limited. phone: +1(833) 632-8235 | e-mail: [email protected] website: https://www.neatcellofficial.com I called the phone number and it is disconnected fake number the company does not have a U.S. address and I have still not hear back after numerous emails that I have sent over the past 4 months
Show more... 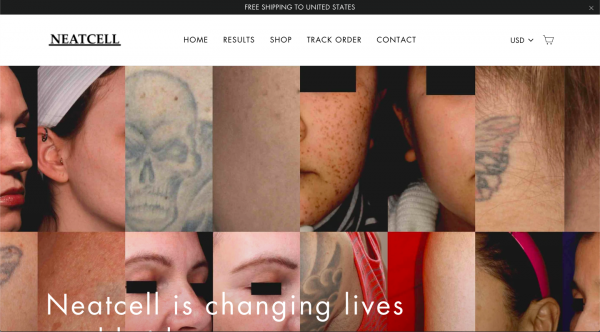