Ordered batteries for Makita tools. Batteries had intermittent power / surging. They are Not Makita batteries but a cheap look alike. Return batteries and tried to get a refund. Sent email - no reply. Hard to get a rep to answer the phone. Followed their procedure but have had no luck in getting my money back or reply
BEWARE BUYERS. IT IS TRULY A RIP OFF COMPANY.
Show more...

Ordered 2 pqack Milwaukee 48-11-2440 M12 REDLITHIUM XC4.0 batteries. They show a picture of OEM battery and claim in their literature that is what I will receive. What I actually received was a Chinese knock off and one of the batteries will not take a charge and the other one lasts about 15-17 minutes after it is fully charged. Calling their 888# it hangs up on you after you select any of the prompts. Called my CC company to report and they gave me another # that is listed beside the charges on my statement and that # is a recording which says all circuits are busy. Sent emails with no resonse. Their website claims 1 year warranty and 30 day money back guarantee. If you can't get a hold of anyone then their guarantees are worthless. This is a SCAM Company, please do not buy from them as you will get knock off products and be left in the dark.
Show more...

Batteries do not work & are burning up our drills

We purchased batteries from this website for our Makita drills.
The batteries kept constantly dying & started burning up our drills as well.
When we tried talking to Power Tools Express about this issue we got no response. We called, emailed, filled out online forms & chatted online with Power Tools Express. And still NO ONE would return our call or return our $$. THIS WEBSITE IS SCAM! DO NOT USE THEM.
Show more...

I have been scammed by power tool express

I ordered 4 replacement batteries makita and I have not received them was 12 22 18
Show more...

Company promotes and shows picture and model number of Milwaukee 48-11-2440 M12 REDLITHIUM XC 4.0 (they specifically show and state that this is what your getting). They lie totally. They sent junk made in china fake batteries. They will never answer the phone and will never return emails and will not cancel orders.
Show more... 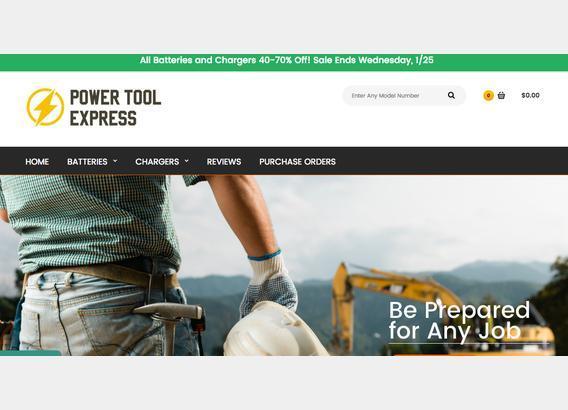