I hired Real Qualified to make recruiting calls to agents. First the results were, well, nonexistent. Such poor results are statistically impossible. Then in their dashboard accounting of supposed calls, I noticed that they were not making recruiting calls but supposedly calling agents asking if they want to buy or sell. I tried reaching out to my account rep that ignored me, then the owner that would text me back statements that clearly showed that he did not bother to investigate anything. No one would pick up the phone and talk to me. Ironic for a company that states they believe in the human connection. I believe this company may be a scam. In the end I do not believe they made any of the calls they promised to make. They just took my money and played games until I was fed up. Would recommend any agent to run from this company.
Show more... 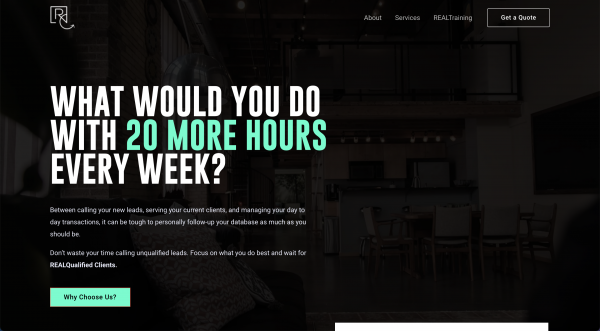