I have been scammed for a kitten by a website

I went to a website that was “russianbluehaven.com” to adopt a Russian blue kitten named lily and signed a contract with him online and I paid $400 to a guy supposedly named kyle on Venmo and he said they was shipping her from California and to go to my local air port to pick her up and she never showed and he blocked my phone number.
Show more...

Advertised a Russian Blue for sale named "Sam" -- by using stolen information from another (reputable) cat breeder, including the photo. At least half of the cats for sale on their web site they don't even own - they're just completely made up using stolen images from other breeders.
Show more... 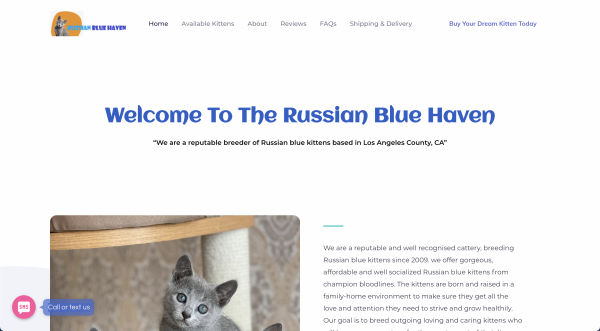