They will not pay me for working

They will not pay for the work I have been doing
Show more...

I was working for this company delivering packages to UPS/FED EX etc.... I was advised that pay was every 20 days. My pay date was 9/4 and I have yet to be paid. I have reached out to them but no reply. Packages stopped coming to my house prior to pay day. I have some other friends who are also doing this job and have not been paid. What can I do?
Show more...

Scammed by this company by [email protected]

Signed a contract to work for this company and was promised 45.00 for each package received and mailed via Fedex and/or UPS. told to download the shipping label and then mail the packages. Pay day was supposed to be 9/18/2019 and was not paid. They have done this to numerous people and need to be prosecuted.
Show more...

Have been offered 45 for each package but when came time to get paid never got my money.

I been receiving packages sending them off to FedEx and ups when come time for payment they said payment have been block cause the other three packages they recently sent out was not sent but my payday was scheduled for the 18 of December before they sent the other three packages off I ask who's to say if I send these packages off that I would get paid at all.just said some please send packages! I told them i want my money first I'm not sending crap until i gets mine.
Show more...

They made me work for a month and never payed me , when they said they sent my pay i said ok then they sent more packages and said my payment stopped because i didn’t send those packages this company needs to be taken down. And i need my money.
Show more... 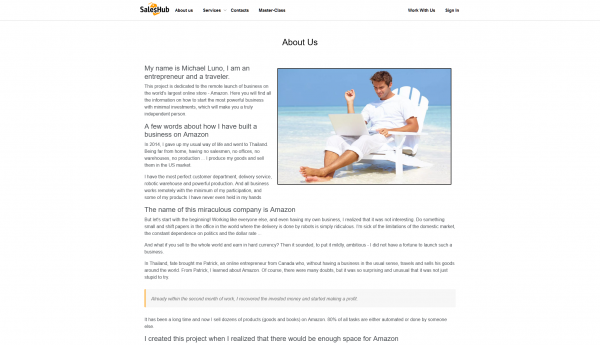