Refused to pay me

I joined sendearnings.com I requested my first payment after I reached 33.00 I was to receive a 30.00 payment since they charge a 3.00 processing fee to send a check the next day after I requested payment they deactivated my account .why I asked why first I was told that I was outside the united States which is not true .then they said I had multiple IP addresses which is not true.then they said I used a proxy which is not true. and they refused to pay me.also their sister site inboxdollars did exactly the same thing and I had reached 22.97 with inbox dollars.they deactivated my account the same day as sendearnings did.and I am not guilty.so I will not receive any money from either one.which I earned legitimately.its disheartening.they both encourage members to use their search site and they Pay you a penny or two for 4 searches which I did they said if you really do the seach your more likely to earn .so I searched on sendearnings site.thats the only thing I can think of that they would call a proxy their own site.i never cheated them I earned every penny legitimately.now they refused to pay me
Show more...

i have been with send earnings for years, i have cashed out for gift cards before but the last time when i needed just a couple of dollars to reach the 40 dollars i didn't have any surveys or videos and when i finally reach enough and asked for a check the same day i was suppose to get approved they terminated my account due to violations of terms, which i don't understand why because i used the same computer always. i have sent emails and 3 months later nobody has answered my emails.
Show more... 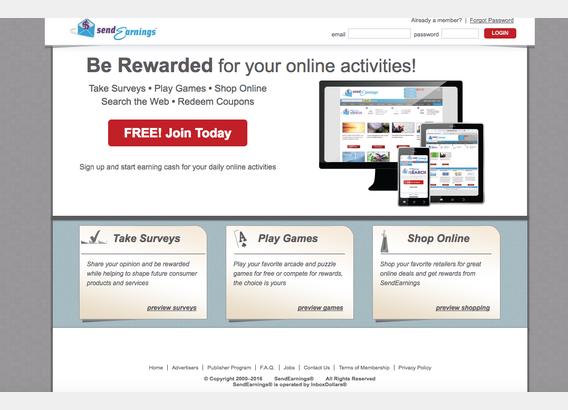