I was contact by Kevin Baker to refi my house and let him know I had poor credit to which he said it would be decided based on my income . He then asked me to give him copies of 2 paychecks for income verification and mortgage statement. I did and after he said I was approved and sent me a contract and expenses worksheet to sign and send along with cashiers check for $1670 which I did after which I heard from him once after that requesting tracking number for tracking and processed would begin and would take 30-45 days that was on 9/27/2019. I tried to contact him once more regarding when should be completed cause he told me not to pay October or November mortgage, and my mortgage company wanted a payment. I still haven’t heard back from him and can no longer contact him cause he phone line goes to voicemail
Show more...

I have been scammed by Kevin Baker and Scott Murphy!

Beware! State Street Home Loans is a fraud! I was shopping around to refinance my home. First Sean called and I told him I was shopping. He stated that his supervisor Kevin Baker would call me back in a few. I had a appointment set up With a Bank already to talk numbers however, the bank I was going to go with stated I would have to come out of pocket. Sean didn’t called me back that day so I forgot about. The next day he calls me back and I told him no I’m not shopping he asked me why And I informed him about the scenario. He said that they’re a lending company and what they do is try to get homeowner relief program to a low rate. I was skeptical about it then he Explain the process on refinance to a conventional home loan and what steps needs to happens. He asked for my information, pay stub, the finance work sheet, and in order to lock in my rate I had to submit a payment for the appraisal, notary, title can be initiated. Then I felt a little reluctant and I agreed to process. Hell I even spoke to Scott Murphy and he explained to me the whole process and called me back stating they received the check was it ok to process payment. On Monday morning Kevin even email and called me stating the appraisal would be Friday after my work hours. No one representing his company came!!! I called the number it’s no longer valid!! Save your money this company is a fraud!!!!! They don’t call about veterans! Seniors, or humankind! They are thefts!!!!
Show more...

I was scammed by a company called state street home loans in California. They offered me to refinance my for a low down closing cost and didn’t need my credit . Just by my income . I was approved and sent all the documents they requested along with $1,500 check. Ever since they received the money I have not heard back from them and I left messages and emailed .to this day I am 2 months behind on my mortgage and my credit is ruined.
Show more...

Got ripped off! Should off known better! He seemed caring & professional I didn't want to do this, but he said could get us a low rate didn't believe! He said, that he would do his best to help us! He called back after I checked website after sending papers in then was a 1500.00 free for title search appraisal, upfront fees and would get refund if there was a problem with title ect., Scott Murphy was the person to say about low rate and approval. We tried to call and it was rerouted. Now we know it was a scam and were seniors! I cried and I'm depressed & nothing ever will happen again!
Show more... 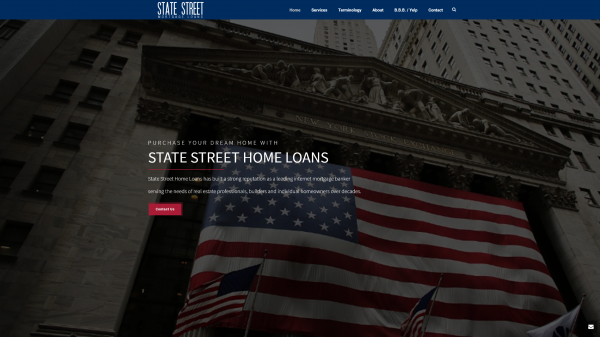