Ordered (2) Train Horn Set but only received (1) broken horn.
Seller says too expensive to ship return to China. No explanation to the missing horn. Wants to refund $10.00 for keeping broken horn and not receiving the missing horn ?
Show more...

I ordered two horns but they only shopped one and it does not work. I asked for my money back and they only offered $5 back. I then showed them that i had ordered two horns yet they still refused to send a second horn. Do not order from these criminals. Amazon should not be associated with them at all.
Show more...

The company sent the gnome to a totally different address that was not my billing address or gone address. The USPS showed me a readout showing the wrong address to which it was supposedly delivered. I even went to that adds d they had no knowledge of it. I reported it at least 12 times to the company and asked them to check the shipping label which shows the wrong address. Nothing but computer response continuing to show delivery BUT not to me! Asked for refund or another sent but no response. Rip off trying to deal with China a d company computer
Show more...

Sunnyonfun is a bunch of criminals

I ordered a hammock almost 2 months ago. The item was supposed to ship in 7 days. Everytime I inquire about it they give me the run around. 8 days ago I asked what was going on with my order. They told me it had shipped out and sent me a tracking number. The only information the tracking number gives is that a label was created on May 5th. So on May 12th I asked for a refund since it was clear I would not be receiving my item. They then told me the item was in shipping and could not be refunded and sent me the same tracking number. However the only thing it says is a label was created. These people are scammers. No matter how good a deal looks don't give them your money.
Show more...

Where do I begin?

I thought I ordered hammock stands. I think it was a fair assumption given some of the product photos were ONLY of hammock stands and the product description discussed compatibility withstand truck receiving hitches.
The product was supposed to ship within seven days. It did not. I think it finally arrived well over a month later. Correction... something arrived, but not what I ordered.
I immediately contacted the company through the process described on their website. My request was simple: I'd like to return the items because I needed hammock stands NOT more hammocks. I am currently in an email chain with the company to attempt to return these items. It isn't looking promising.
Show more... 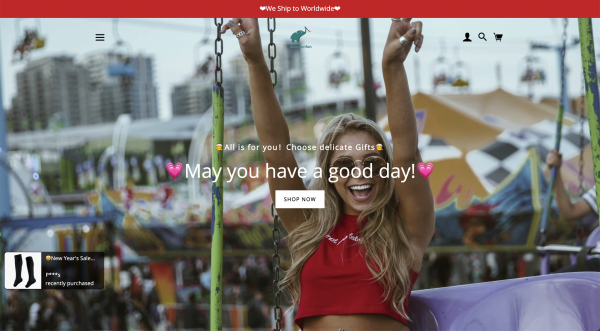