I bought a pair of headphones that took forever to come and then they were broken when I got them. Only one side works and the contact information is fraud.
Show more...

Saw a website that said 70% off of beats and got them in late and turns out they are fake. We got real beats to compare and they did not match
Show more...

On January 16, 2021 I ordered from sweettingshop a pair of Powerbeats wireless earphones which turned out to be fake. I immediately received an email from China and I realized right then and there I was scammed. The company was listed as being in California. It took 4 weeks for delivery. I contacted PayPal and I was told to return the item for refund. According to the USPO today the address for return is incomplete (given to me from PayPal) and it would cost $33.25 to return. I am waiting for yet another response from PayPal.
I hope this website is removed for anyone else getting scammed by them. I don’t understand how PayPal does not investigate these people before allowing them to have an account.
Show more... 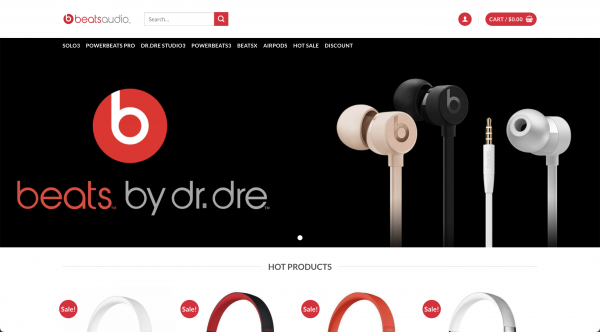