I saw online that shark tank was supposedly sponsoring cbd oil. There was a trial offer of one bottle for $5.95 shipping charge. The order showed that I also order a bottle for $54.90and another charge for $85.90. I’m so angry! I have tried calling and just got an answering machine.
Show more...

I ordered a free trial bottle of Pure CBD and I got a shipping fee of $5.99 and another bottle CBD Oil Capsules was charged in addition for $54.90 and another bottle of Unknown was charged to my bank account for $ 85.90 = $ 140.80 Plus a subscription to be billed soon for $29.95 for a membership. I went to my bank and filed a dispute and closed my credit card out. Scammers
Show more...

Other Company Names Used In The Scam
Pange Health In Millcreek, Utah
Daves Supplement Shop In Eagle Mountain, Utah
Thermo Burn Club
These are the names which charged my bank account

I was screamed by this company

II was ordering a trail size of the Pure CBD for $5.95 my account was charged $89.95 when I called the first time Marisol told me to call back when I receive my order as it was shipped out on 11/25/2018 I have been trying to reach them since I received the order 12/3/2018 I am always placed on hold and told a representative would get to me soon and after holding a while the phone hangs up. Please do not order from this company as they just want to take your money and not solve anything or have happy customers. They won't be in business this long if they continue this practice. I just wanted to try the trail size to see if it worked for me. Oh yes after taking the $85.90 they had enrolled me for automatic shipment for $29.95. Which I stopped but how is the automatic shipment cheaper than the trial bottle that was to be $5.95 and ended up costing $89.95?
Show more...

I have been scammed by Daves Supplement Shop

I ordered a free trial CBD Oil bottle for only shipping at $ 5,95 but I've been charged on my credit card $ 85,90.I've tried to call them but nobody will answer the phone nor will you be able to contact them by Email.I have found out,the setup a membership at the"ThermoBurn Cub" without my permission.I got my credit card right away frozen,and I've requested a new one to be secured for future ripoffs.Is there a chance to get the money back?
Show more...

I have been Scammed by this company!!

Thought I was ordering from an Amazon company. Was supposed to be getting 3 bottles of CBD oil for $36.99. After giving my credit card information to them, they charged me for 3 more bottles for $260!!!
Show more...

This is a bait and switch tactic that promises one thing (two bottles of CBD oil for $60.50) but; gives you NOTHING except a bill for $120.00 (for both bottles), PLUS, a monthly bill for $29.95 saying you now belong to THERMO BURN CLUB! You must cancel it or you will be stuck!
I called to inquire about my order but I was put on hold for an extensive period of time. I hung up, called back and spoke with a receptionist. I gave my order number but that seemed to be of no help because she kept asking for my email. (All of that info was on the order form - a fact I stated to her.) Still - she continued to ask for my email. I hung up and immediately called my bank to negotiate a refund! I will call again tomorrow to halt any further payments!
Show more... 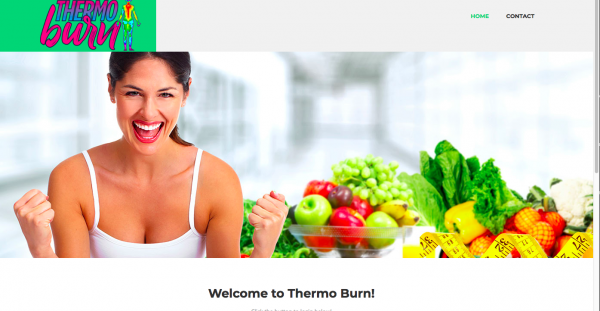