I have scammed by woondershop

Ordered iPhone 8 plus and never received it.
Show more...

I purchased an iphone 8 plus and still have no received it it's been over a month
Show more...

I ordered an iPhone 8 for $40 online and never receive it on the mail
Show more...

On may 25 th2020 I ordered the iPhone 8 Plus for $40.00 usd shown on Facebook adds as I also went to their email and askedthem wheres my phone they are scammers I never received the item nor a email from them me asking them for my refund or iphone8 they never answer my emails and opened a dispute already their fake liars and need to refund me my money back
Show more...

I have been scammed for an iphone 8+

I saw an ad on facebook for an iphone 8+ for 39$ i clicked on the ad and it said it was 49$ and 10$ for fedex delivery. So it was 59$ all together. I cant find a phone number and the only email is a support email that they never answer
Show more... 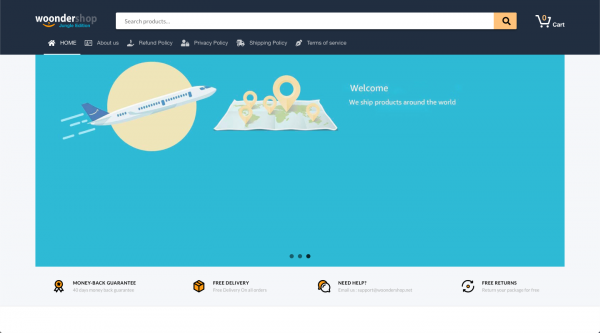