I ordered their product online they told me it was shipping out I typed in the tracking number and it said it was invalid so I emailed them three times and not heard anything after that I got onto their site and every single person was scammed
Show more...

I ordered 2 items and the package contained one item. They said they sent the 2nd item but the tracking number never showed an active package. Customer service would not respond to me. After 6 weeks I disputed the transaction through PayPal. Suddenly they had a valid tracking number and a few days later the package was delivered. The item I received was not what I ordered. I ordered a woman's black bra and received a child's hat covered in Silver Sequins. Again they only responded they would resend after a couple of weeks. Paypal said they would only refund my money if I paid to ship back the hat and the seller verified the item was received in good condition. Very frustrating. I had already paid $5.99 to ship the hat to me. Now I had to pay to ship it back.
Show more...

Zaryalabs are scammers and Thieves

They are not worth any stars. I ordered 2 bras in May 2019 and I still havent received them and today is July 25th, 2019. I been emailing them for months and asking for my money back. They kept prolonging and say they would look into it and get back to me. They never would, I was always the one to inquire. Today I emailed again and they said it showed delivered and since it says delivered they can not refund my money. I been asking since June for my money back. They are THIEVES!!! DO NOT BUY FROM Them!
Show more...

I've been scammed by zaryalabs

I ordered 2 products to the value of £35 at the beginning of June. Emails were sent to say the items had shipped but the tracking number provided was invalid. When I contacted the company I received an email saying to contact them again in 2 days if I'd heard nothing. Surprise surprise I didn't, so I contacted them again and I've heard NOTHING. Having since checked reviews (why didn't I do that first?), I've found they are scamming everyone.
Show more... 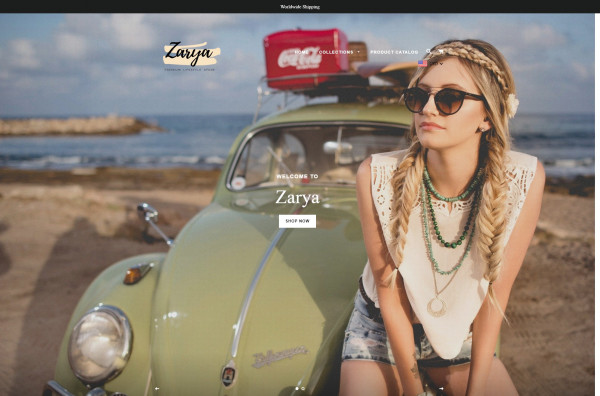