Ladies of Major Interest are being impersonated

I joined this site on 07/25/2019. It seemed legitimate at the time but as time went on it was clear they are not. On 08/12/2019 Meteor Interactive made 2 withdrew from My account. One for $64.99 the second for $14.99. The only one I authorized was for $14.99. I called them the follow day. It sounded as if they would correct this error. I sent them a copy of My bank statement showing the withdrew, it was not pending, there document showed it was pending. I gave them a few days. I sent them emails showing that I sent 180 messages to date. But money withdrawn from My account shows I am $52 short on My credit. The $10 is other small charges. They wrote Me an email saying They were right, I was wrong and until I said they were right I was kicked off the site. They blocked Me but I did manage to get back on under a 4th email account I have and I'm still on. It is so crooked it's hard to believe they are allowed to operate. I'm sure a lot of the Women on there are legitimate. But the ones that are Hot, sexy model types no way. They advertise saying " We can hook up tomorrow, call Me" but when you are chatting, its " I need more time to get to know You" witch means please buy more credits so I can string You along and buy more. They will answer Your messages 24 hours a day right away! But there typing changes from message to message at times, kind of like an accent. They will never give You there email even after time and " Trust" is established, there reasons is all about the same. They don't us that, I don't have that. They skip over question and throw a talk dirty to Me to try and make You not notice they did. I am getting 40 to 60 messages a day from Women on this site want to " hook Up". I remember seeing once where Women could sale there pic to firms like this and they us them to draw Men in. Its like I am talking to 3 or four Women with the same pic at time ! LOL If You would like to see this for Yourself I would gladly let You use My handle to get in!
Show more...

This site is a fake and fraud

I justed this site about a month ago maybe Lil less. However I have spend some money on there. Expecting to meet someone but I started to see a pattern. In regards to trying to arrange a meet with someone that I thought was real and that I was interested a couple actually? But I noticed everyone I wanted to meet up with. They kept either changing the subject or just brushing off with the meet. So on and so forth then it would keep having me buy more and more credits. Each and everytime so I know this has to be a fake site to a certain extent. I am sure there might be some real ones but honestly the ones that message you seem to be fake profiles. So I'm my personal opinion. This site is a scam and this is the reason for my reporting this site I am sure many others have been taking for a lot more money then me and that is just not right especially due to each credit is just a response instead of a actual full on conversation. Thank you for your time.
Show more...

I have been scammed from americanflings

I paid money from my credit card and was being charged but never got on the site I am very upset and will no longer be going on these sites.
Show more...

This site seems legit when you join, but as I started getting messages red flags were popping up. My preferences were completely ignored. Besides "looking for a woman" I also put 25-40yrs old but roughly 60% of the messages were from the elderly to the barely legal types. Red flag: the "woman", 27yrs old, very girl-next-door pretty; After $70 of "chats" and responses that don't match up with anything you just sent them. As if they don't have a scripted response yet for what you said. When I suggested we go to facebook or a similar site (so you can feel safe by hiding your info), she (a 27yr old San antonio hottie) said this was the only social media site she used so she would wait for me to buy more "chat" credits. No Facebook, Twitter, Snapchat, just nothing? 99.9% unlikely. Then there's the more than perfect use of oxford english followed closely by computer translated chinese or something, and so part of a sentence will have it's words in all the wrong places for english.
And just try to put something about you in that section that could affect their profits and it's gone by the next day. Example: hi, I'm me and i want ----, just message me with a way to chat off this site because of whatever. If this is a fling site, the whole point is get on get some numbers and get off ( both kinds, get it?). Several woman have sent me "chats" complaining about men who just wanted to stay on this site and chat, at $1-$1.20 per message per person? No human being with a p**** is going to want to just "chat" forever. The minute we get the green light we're headed directly for the sex or intimacy, etc.. HUGE RED FLAG!: every response you get includes something that makes you want to respond back so you're caught in a vicious money-sucking loop.
So, this is basically a sexual/emotional scam that's easy to pull off because these guys are using your heart and sexual drive to get paid because the people on this site are in a way, mildly desperate. Who doesn't think growing old and single is a bad idea? I'm right there with the rest. I'm not adding support docs because the site doesn't let me copy anything. SHOCKING! NOT! Just buy some credits and watch the scam unfold yourself.
Show more... 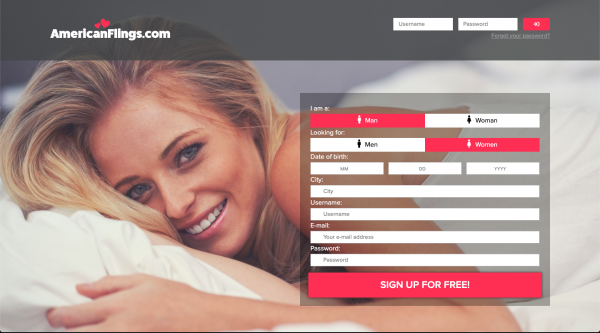