I ordered a Samsung online, they took my money, but I have not received anything!! I ordered October 4, 2019 and have no tracking number, just an email letting me know they took my money. I tried calling to find out what was going on, all I get is a recording. Do NOT order from them, it is fake!!
Show more...

Scammed out of my money

I ordered a console off their website and it never came! just took my money and gave me no information at all.
Show more...

I have been scammed by refurbished-palace.com

I was looking online for a Nintendo Switch for my son for Christmas. I came upon this site that was offering them refurbished at 59.99 my husband and I read through the description and I was really excited about the price because every other one I was finding was between $200 and $300 dollars. So I ordered it they took my money right away sent me an order number and that was it I haven’t received anything else so I contacted support asking for a tracking number they e-mailed me back saying I could find the status of my order in the members section of the site after I long in. So I did that and nowhere on the site does it give you an option to check for a status update. So I’ll be contacting my back today as well as TRY the customer support number they give.
Show more...

We ordered 2 phones from this place. We paid for them and then found out that the phones would not work with the company I want to get service through. O requested my money to be returned. This all happened within 2 days. They refuse to return my money. Thank you.
Show more...

I ordered a PS4 from them November 7 and to date haven't received it. Can't call and send fake address to email them. RIPOFF.
Show more... 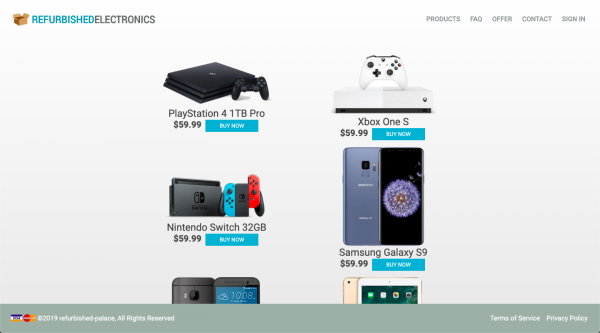